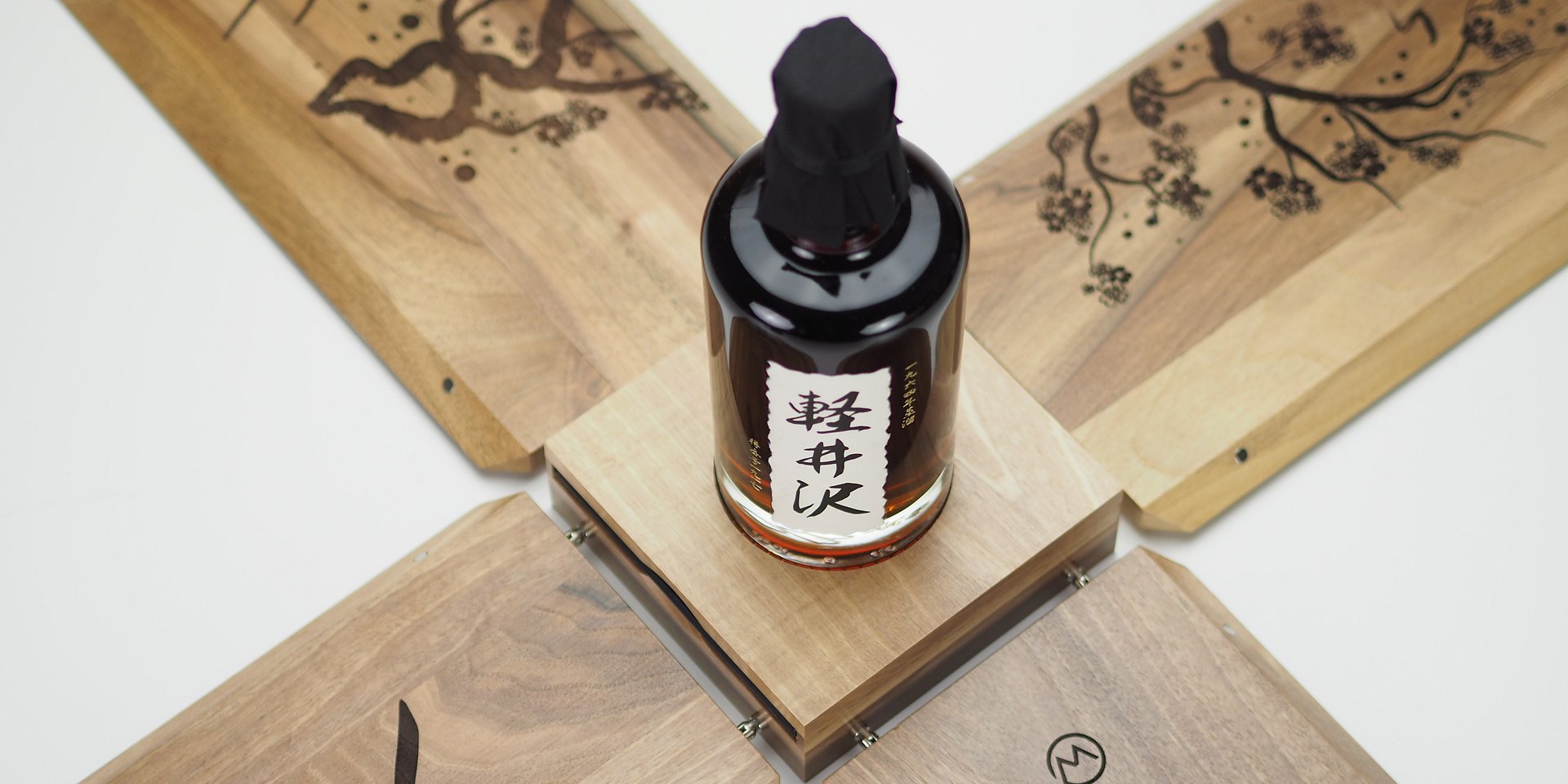 The first on-line auction of Liquid Gold Auctioneer (LGA) will take place on the 24th March. During this inaugural event, collectors of rare spirits will have an opportunity to bid on some truly exquisite bottles of whiskies from renowned distilleries around the world (including existing and closed ones), such as: Karuizawa 1964 51 YO, Yamazaki Sherry Cask 2013, Tomatin 50 YO, Glen Grant 1949 67 YO, Yamazaki Mizunara 2014 just to name a few.

Liquid Gold Auctioneer is the first professional  on-line whisky auction site in Asia. It is borne out of the common passion of four friends and aficionados of rare spirits, who decided to create a special platform targeting, though not exclusively, at Asian collectors. The first auction of LGA will start on the 24th March at 10 AM (GMT+8). In the auction catalogue for this event, you will find - among the more than 200 unique editions of Japanese and Scotch whisky - such rarities as: Karuizawa 1964 51 YO, Karuizawa 1981 for Polyauction Beijing, Yamazaki Sherry Cask 2013, Yamazaki Mizunara 2014, Tomatin 50 YO, Mortlach 1948, and two editions of Glen Grant whiskies from the ‘40s, which belong to the exclusive club of the longest matured whisky ever. 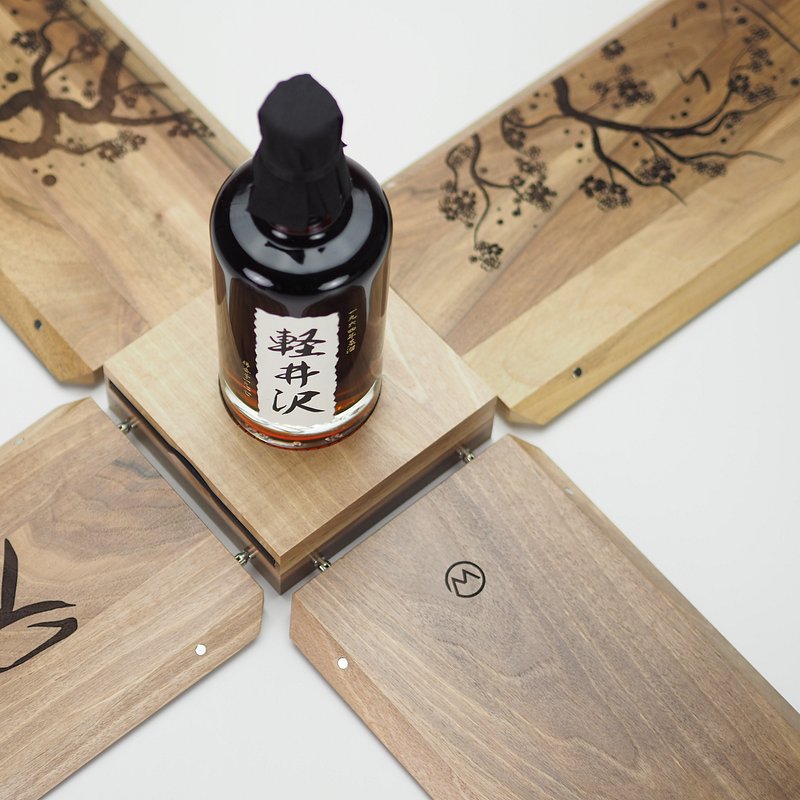 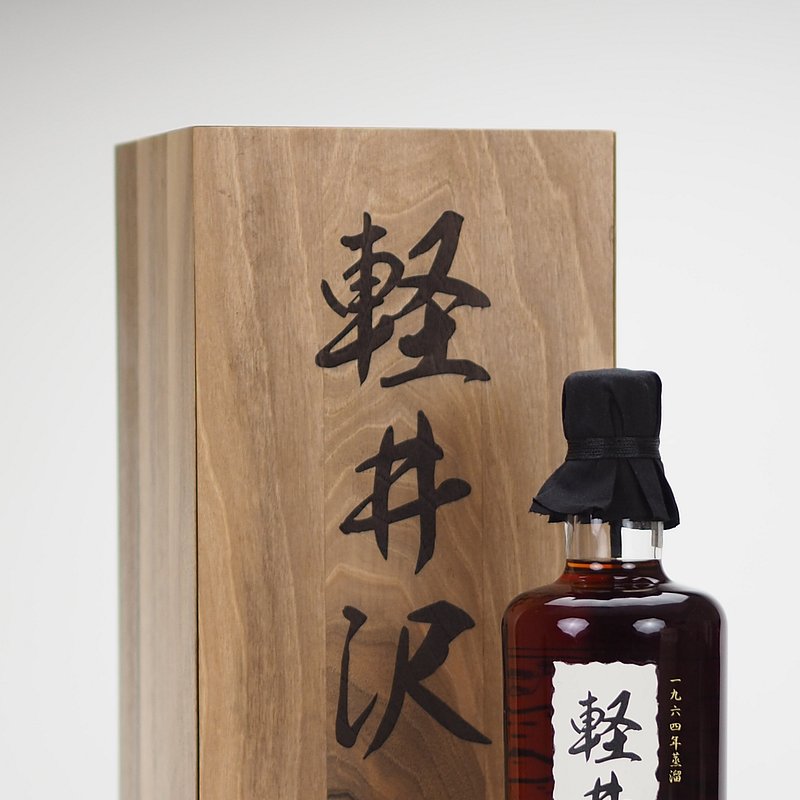 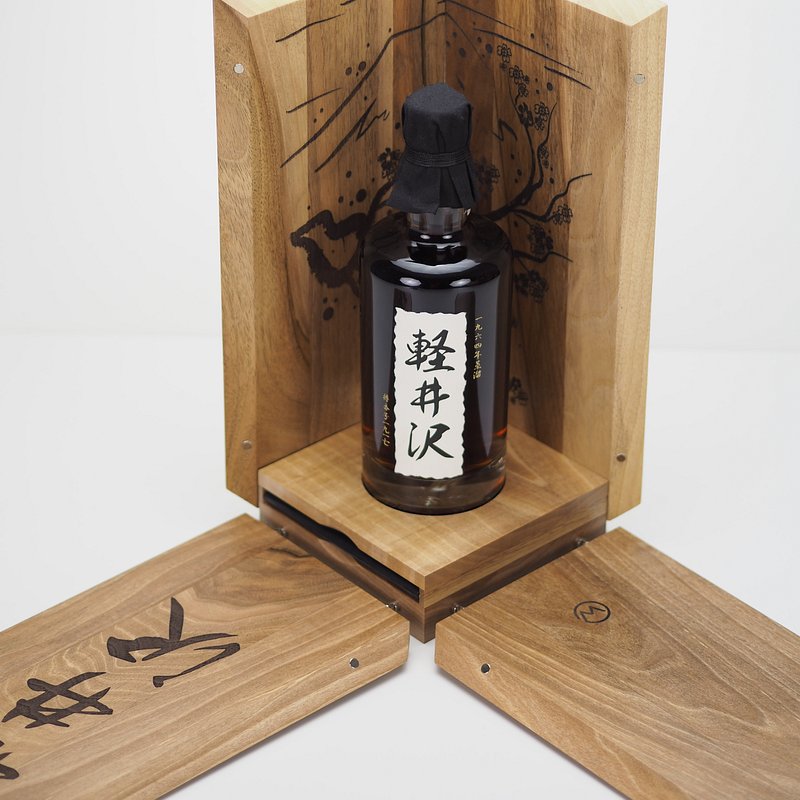 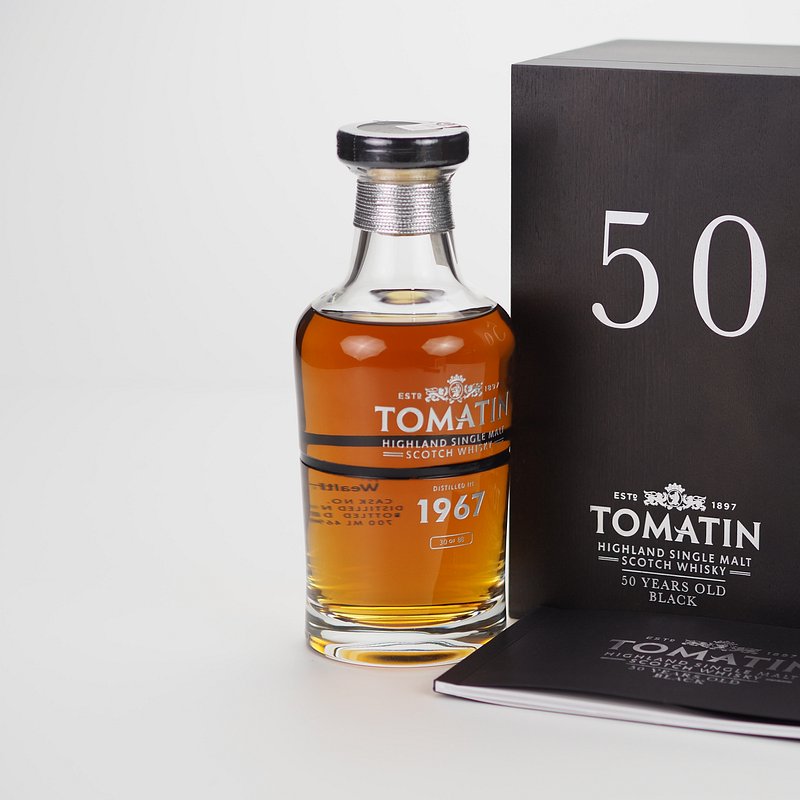 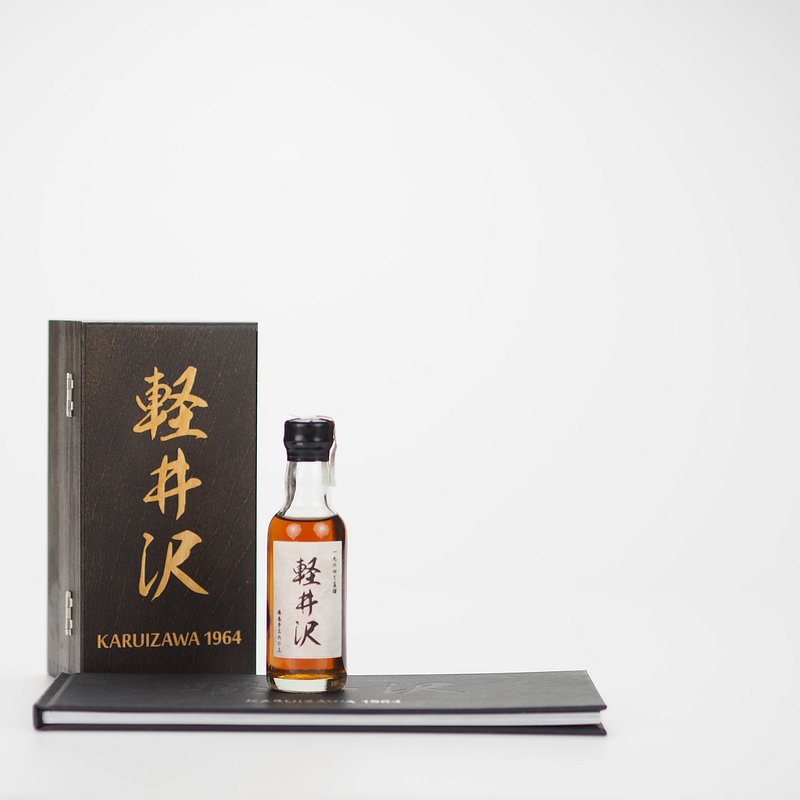 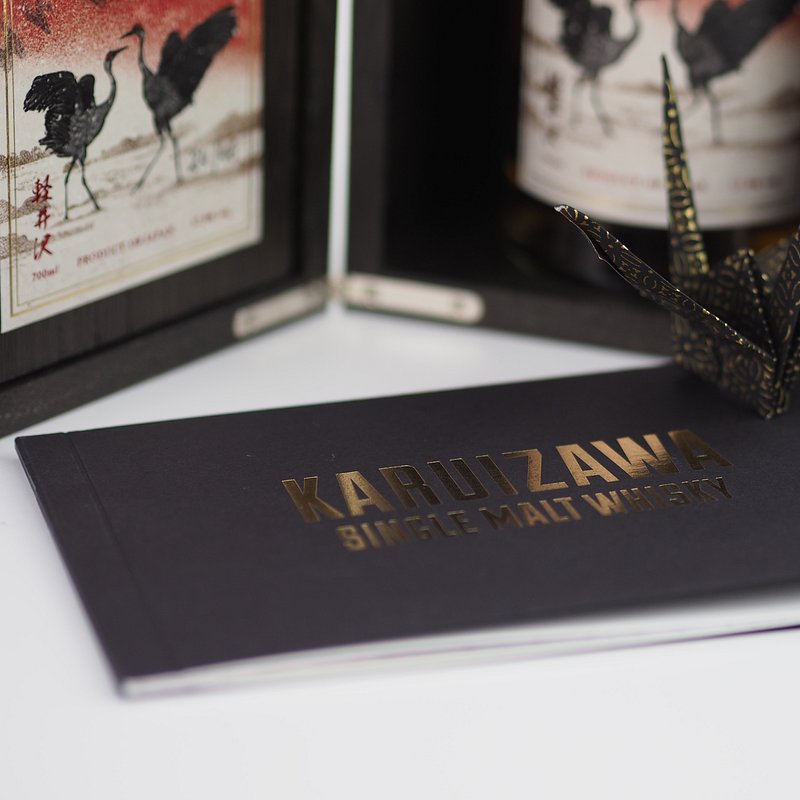 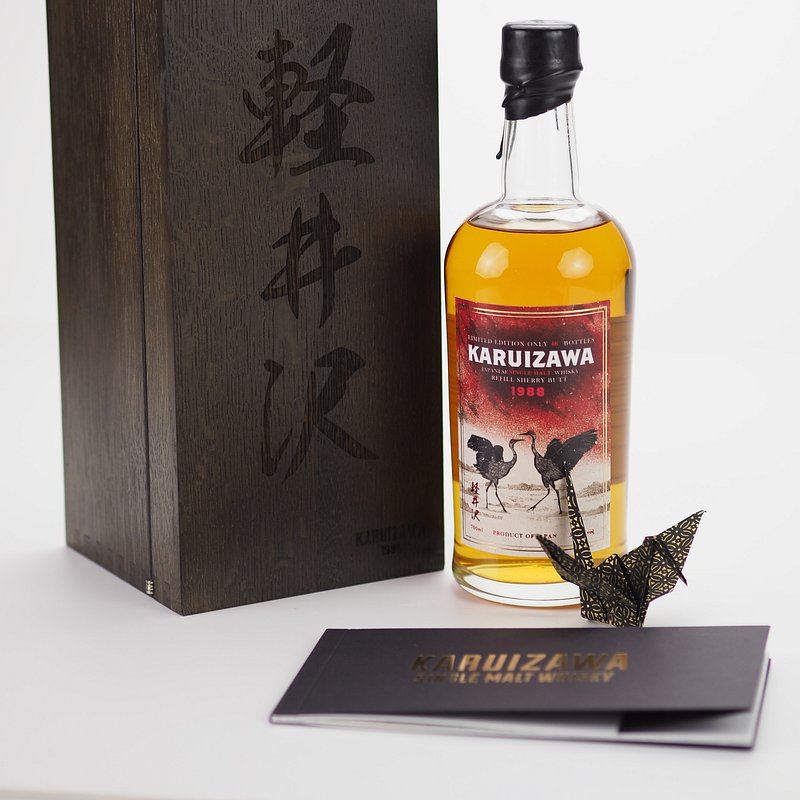 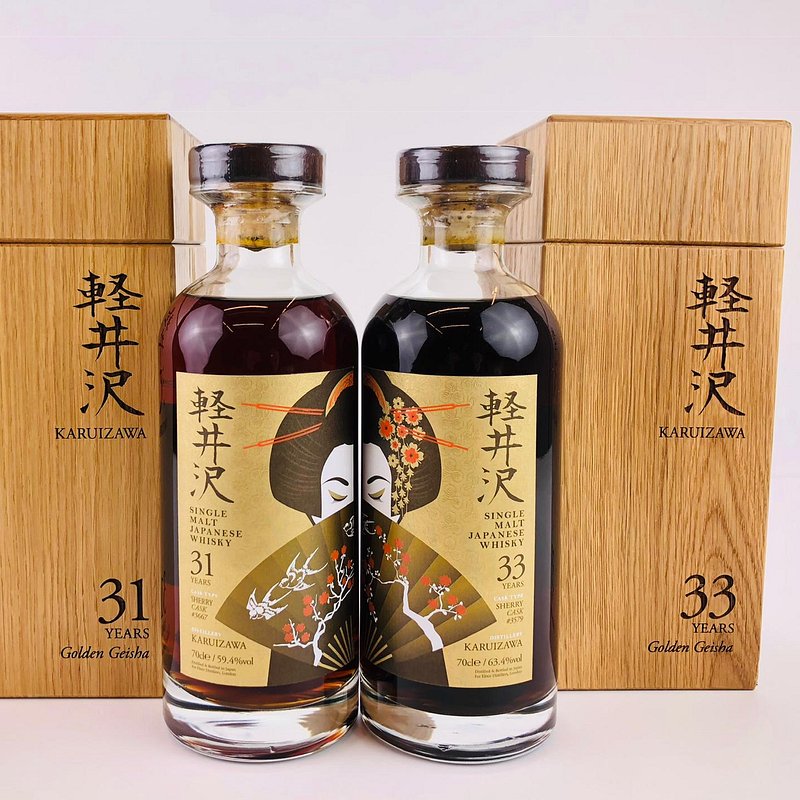 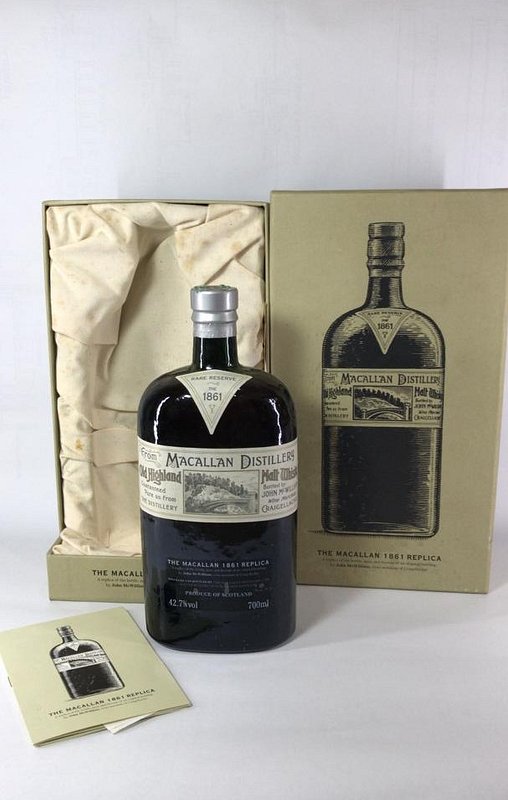 Some of the unique and interesting bottles for this auction includes:
Karuizawa 1964 51 YO : This comes from the legendary, closed Japanese distillery. It is the longest cask matured Karuizawa ever. Only 43 bottles were filled in this series, at cask strength, with natural colour and non-chill-filtered. Each bottle is numbered and comes with a special wooden box, which consists of an independent base, top lid and four walls joined by a system of hooks and magnets. Each wall is veneered with walnut wood and decorated with a different part of a single picture representing a cherry tree in bloom. Furthermore, each bottle of Karuizawa 1964 51YO is accompanied by a special booklet written by David Broom, which describes the history of the distillery and shows the uniqueness of this edition. David is one of the most recognized whisky critics around the globe and a columnist for Whisky Magazine. Last auction price paid by a collector for the bottle of Karuizawa from this edition is in the region of USD 160,000.
Another interesting bottle that will be up for auction is the uniquely designed Karuizawa 1981 35 YO, which was bottled specially for Polyauction Beijing. The bottle of this whisky is covered with pure gold using a highly complex technique of applying precious metals on glass.
In the auction catalogue bottles from the other illustrious Japanese distilleries can be found. Some of them would include the legendary Yamazaki Sherry Cask 2013 ed., (which was voted the Best Whisky in the world by Jim Murray in his Whisky Bible 2015), Yamazaki Mizunara 2014 ed. and the Yamazaki 25 year old.
From the long list of Japanese whiskies featured, some of the other bottles worth mentioning includes the Karuizawa Golden Geisha 31yo (Cask #3667), Karuizawa Golden Geisha 33yo Cask (#3579), Hanyu Joker Colour and Karuizawa 1988 Finest Whisky Deluxe Black Crane just to name a few.
On auction you will also see many rare and old Scotch whiskies, such as Glen Grant 1949 67 YO and Glen Grant 1950 65 YO, which are members of the exclusive club of the oldest whiskies in history. These two editions were bottled by Gordon&MacPhail, and they are equipped with unique cylindrical wooden boxes and booklets written by Charles MacLean. In the auction catalogue you can find other unique and old Glen Grant whiskies, for example: Glen Grant Rare Vintage Speyside 1948, Glen Grant Rare Vintage Speyside 1950, Glen Grant Rare Vintage Speyside 1953.
From the long list of Scotch whiskies featured, those worth mentioning here include the Mortlach Rare Vintage 1949 bottled by Gordon&MacPhail, Clynelish 1973 41YO (which is the oldest Clynelish in history), Tomatin 50 YO Black (which is one of two oldest OB Tomatin in the history). Macallan 1861 Replica Italian Import, and Macallan Edition  No 1.
Registration form for the inaugural auction is available now on the website of LGA. It is also worth highlighting that in its first auctions, company is offering users very low, total commissions per lot (4% for sellers and 5% for buyers), which is  one of the lowest in the market today.
go to the auction page of LGA

For the 4th upcoming auction starting on 22nd September 2019, the Liquid Gold Team have managed to source truly unique single malt whisky editions from Japan, including several Karuizawa editions which are going to be presented to the auction market for the first time. T...

Only one hour left - get on bidding!

The most iconic Scotch and Japanese single malts will be auctioned in Singapore.

The second LGA auction is coming

Liquid Gold Auctioneer (LGA) is preparing its second auction. From 19th to 26th May whisky collectors and aficionados will have an opportunity to buy many really rare, interesting editions of whisky.